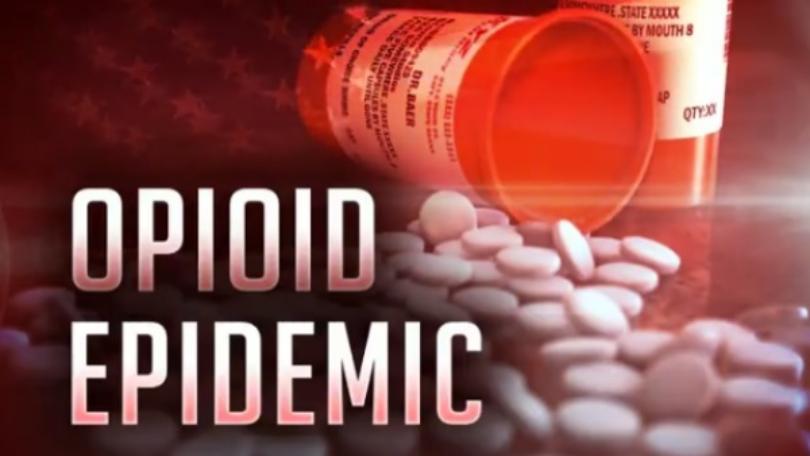 Cory Small has overdosed and nearly died 13 times during his seven years of using heroin. He lost his best friend in 2015 and his longtime girlfriend earlier this year. And he figures he probably will live to see opioids kill even more friends and acquaintances.

It’s a statistical likelihood, he says.

But he believes he will live. He wants to find love again and even have children someday. The 37-year-old Springfield resident has hope, even if mixed with worry, that he won’t return to heroin, that he will survive the nationwide opioid crisis.

“I’m scared, but fear is a good thing,” said Small, an inpatient in his 34th day at Gateway Foundation’s Springfield Treatment Center as part of his sixth attempt at recovery. “I’ve used up my nine lives and then some.”

In many ways, Small is the face of a public health emergency that some experts say hasn’t been seen since the AIDS crisis in the 1980s. He became addicted to heroin after first getting hooked on legitimately prescribed pain pills. He’s been saved from overdoses by Narcan. He has struggled to find treatment and returned to using when he couldn’t get it.

This crisis, like AIDS, comes with plenty of stigma but is killing more people and, compared with other drugs, affecting a broader segment of the population when it comes to race, income, education and locale.

The widespread nature of the crisis stems from the addiction to prescription painkillers that often developed after surgeries and injuries, medical and addiction experts say.

When patients are cut off from those prescriptions by their doctors or they find the purchase of pills from street dealers too expensive, they often turn to heroin that can be snorted or injected for an hours-long high at $5 to $20 a pop, experts say.

The people becoming addicted and dying outside the inner city are more likely to be white and middle class, said social worker Michael Reeves, a recovering heroin addict who owns and operates an outpatient treatment service in Springfield called Rebound Health Care Systems. And rightly or wrongly, that reality has galvanized support among policy-makers and lawmakers to do something about the epidemic, he said.

“The reason heroin got attention is that it started killing the ‘right’ populations,” Reeves said.

A skyrocketing number of deaths

Those involved say the number of tragedies indicates the magnitude of the challenge.

Opioid overdose deaths in the United States quadrupled between 1995 and 2015, reaching 64,000 in 2016, according to the U.S. Centers for Disease Control and Prevention.

Sangamon County’s confirmed opioid-related deaths currently stand at 39 for 2017, county coroner Cinda Edwards said. That number is likely to meet or exceed the most recent high total — 41 in 2015 — by the end of the year because of toxicology results pending for several cases, she said.

This year could mark the county’s highest death toll from opioids since Edwards began keeping track in 2012. She is particularly concerned about the rise in deaths related to fentanyl, a more powerful drug than heroin and a substance often mixed in with heroin by people who process and sell drugs.

Kerry Henry, executive director of Gateway’s Springfield site, said the opioid crisis brought a change in what used to be Gateway’s mostly alcoholic clientele. Now 85 percent of the nonprofit’s clients have addictions to heroin or other opioids. And fatalities among former clients have risen, Henry said.

In Sangamon County, one analysis showed that a majority of opioid victims died from heroin, 95 percent were white (in a county where 13 percent of residents are black), almost 50 percent were 40 or older, and 35 percent had education beyond high school, including associate’s, bachelor’s or master’s degrees.

Those breakdowns emerged from a demographic study by the coroner’s staff for 112 deaths from early 2014 through mid-May 2017. Read More…